On 28 January 2021, Scottish Cabinet Secretary for Finance, Kate Forbes, set out the government’s proposed spending and tax plans for 2021/22. Speaking almost a year after Scotland’s first COVID-19 case was identified, she told MSPs that the “pandemic has shaken our society and economy to the core.”

Ms Forbes stated that the Budget would address “three key priorities” for Scotland’s future, these being:

She added that certain assumptions had been made when drawing up the Budget, due to the fact that the UK Budget was not taking place until March.

The economy and business

To support businesses and economic recovery from the coronavirus crisis, the Finance Secretary announced measures including:

• Total investment of £1.1bn in jobs and skills support
• The launch of a five year £100m Green Jobs Fund and commitment to establish a Green Jobs Workforce Academy
• Doubling of the Local Authority Discretionary Fund to £60m

The Finance Secretary told MSPs that now was the time for “stability, certainty and targeted support” so there would be no changes to Income Tax rates. The thresholds for each tax band would, however, increase in line with inflation, as follows:

Meanwhile, the cut to Land and Buildings Transaction Tax (LBTT) for homebuyers, which was announced during the first lockdown, is due to end on 1 April. The Scottish Government has been under
pressure to extend the tax ‘holiday’ after Chancellor Rishi Sunak announced that the equivalent scheme in England is to be extended until the end of June, but at the time of writing, this has not occurred.

Ms Forbes expressed gratitude for the dedication of Scotland’s health workers throughout the pandemic, saying “When the history of this pandemic is written, our NHS and social care staff will be recognised as the undisputed heroes they are. I’m sure I speak for everyone in this chamber – everyone in this country in fact – when I offer them our heartfelt thanks.”

In recognition of the ongoing severity of the pandemic, Ms Forbes announced:

Education, the Finance Secretary stated, is the best way of addressing inequality and she announced:

• £2.7bn across education and skills, including £1.9bn for universities and colleges
• Support for Gaelic education to remain steady at £25.2m
• £39.8m for the early learning and childcare (ELC) programme.

Transport, infrastructure and connectivity Aiming to reduce Scotland’s reliance on cars and to offer a more environmentally sustainable form of mass transport, a £1.6bn investment
in the country’s bus and rail services was announced, in addition to the following:

In closing her Budget speech, Ms Forbes said, “Now, with large-scale vaccination, focused firstly on the most vulnerable, there is some light at the end of the tunnel. This Budget seeks to
build on that hope, and by focusing on how we continue to protect, recover, rebuild and renew our country, it seeks to make that light at the end of the tunnel shine that bit brighter.” 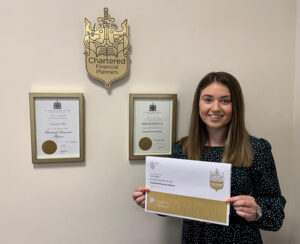 A new investor sentiment survey* shows that, while investors are concerned about both the economic 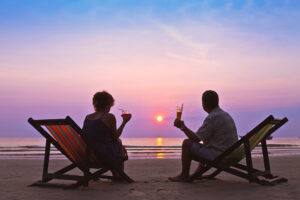